Come along with Colorado State’s Wendy Mader, (’99, M.S., Exercise & Sports Science) as she remembers her run last October down Ahii Drive in Kona, Hawaii, toward the finish line in the 2008 Ford Ironman World Championship. “I felt so strong, even with those headwinds,” says Mader. “I knew it was going to be my day.”

Flights of fancy
There’s something Peter Pannish about Wendy Mader.

After all, Pan flew without wings and did so with the help of “faith and trust” and a little of the magic dust.

And at the age of 35, Wendy Mader, focused her mind’s eye on doing something nearly as extraordinary – flying over the finish line at the 2008 Ford Ironman World Championship to become the top female amateur Ironman triathlete in the world.
See it happen, make it happen
“You never go to Hawaii expecting a personal record because of the conditions and the wind and the heat,” Mader says. “But I’d never been that fit before, and I knew it. It’s such a mental thing. It happens easier when you can imagine it happening.”

And it happened on a Saturday in October 2008, on a palm-lined, ocean-side drive in Kona, Hawaii. Mader describes the experience as otherworldly.

“You’re running down Ahii Drive and 4,000 people are cheering for you, and you know you’re winning the thing,” Mader says. “I crossed the finish line, and my mom found me pretty quickly. It was unbelievable to her. She was a marathon runner, and I don’t think either of us knew I was that fast.”
How fast was she?
Somewhere along the marathon route (the final leg of the triathlon) Mader realized that she still had something in the tank. She wasn’t struggling – she felt strong. And so she picked up the pace to 7:15 minutes per mile, which astonished and concerned some of her friends who were watching the race.

“I was thinking, ‘Wow, I’m running really fast! But maybe the mile markers are wrong, because I’m not this fast.’ Suddenly I realized – ‘You’re freakin’ fast!’”

She easily broke the barrier of 10 hours (the standing record), finishing in 9:53, setting a course record for her age group. She had swum 2.4 miles, biked 112, and run 26.2. Mader was the fastest woman in the swim and the run in her age group.
330 days of sunshine at CSU
Mader came to CSU and Fort Collins in 1995 after spending her whole life in Michigan, where she jokingly says she left behind “an annual 300 days of cloudy skies for Colorado’s 300 days of sunshine.”

“I came to CSU as a collegiate swimmer and a triathlete and was interested in studying exercise physiology. I applied to graduate school at CSU, and in three years, I received my masters in Wellness Management.”
On coaching and being coached
“In 2007, I had a coach for the first time in my life because I wanted to qualify for that year’s Ironman competition in Kona,” Mader says.

Mader now teaches Master’s swimming at CSU at the recreation center on Tuesdays and Thursday over the noon hour.

“I also teach the Rocky Mountain High School women’s and men’s swim teams. Someday I hope to start a high school triathlon program. Colorado is such an active community that I think I could get it going here. I hope to be an inspiration in the same way that my high school swim coach was to me.”

Mader has the experience to pioneer and teach such a program – she coaches the CSU triathlon club. “I would actually like to teach a triathlon class at CSU because they need someone to grow it,” Mader says.

Mader also has teaching responsibilities at the Fort Collins Health Club, where she does personal training and teaches private swim lessons.
Training/competition diet
Along the way, Mader has continued to train and compete. In a hard week of training, she swims 12,000 meters, runs 50 miles, and bikes 200 miles. To fuel her body for this grueling regimen and for competitions, Mader says she lowers her daily intake of fat to 15 percent and increases her carbohydrates to 75 percent.

“I don’t eat like Michael Phelps,” she says with a huge smile. “But when I’m really into training, I start to ramp it up to 3,000, 4,000, even 5,000 calories a day. When I train up to eight hours a day, I need up to 6,000 calories.” Mader says she eats whole boxes of whole grain and white pasta and rice and eats every three hours.
Running with the dogs
With all the teaching and training Mader does, plus running her business called T2 Coaching, Mader is easily “at it” for 16 hours a day.

But she actually relishes the training part of it. “Training is my drug,” Mader says. And it helps that she has a companion on her runs – a blue heeler-basset mix named Quinlan.

“She’s a rescue dog,” Mader says. “I started running with her when she was six months old. She ran a 17:53 five kilometer race with me in 2005. She’s fast! One reason my running got stronger was because I was running 40 miles a week with her. She and my border collie keep me motivated to run outdoors in bad weather.”
What comes next
Wendy Mader seems to be every where you look these days. There is a full color image of her inside the front cover of the January 2008 issue of Triathlete Magazine. If you Google her you get almost three pages of results including profiles and stories of her accomplishments.

“What comes next is I think I have the next five years to still get faster,” says Mader. “My goal is to get a bike sponsor so that I’ll be riding a better bike in the next competition.

“I think that even if I didn’t train so hard, I’d be okay, because I have this solid foundation of experience and the ability to know how to do this. It’s a mental game, and now that I know that I can do it, who knows what’s next?” 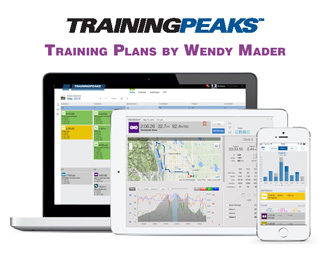 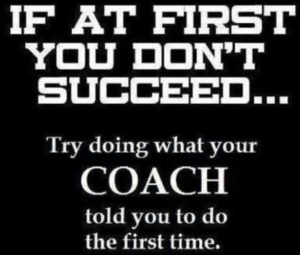 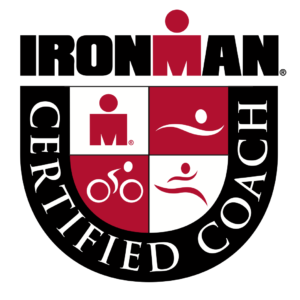 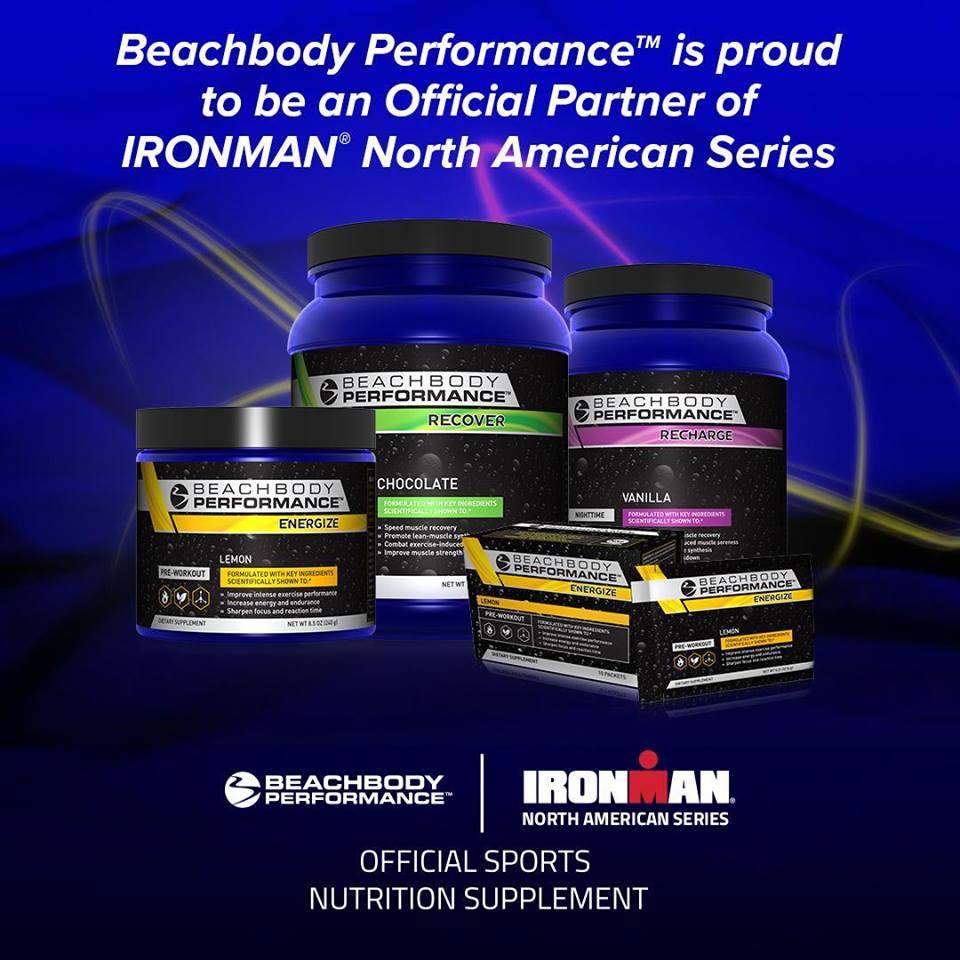