June is earlier in the season than usual for me to be racing. These past three years I am not able to get in much training until June 1st and prefer to race in the fall, August is when I start to be on form. To motivate me balance my work schedule with training though the spring, I signed up for three triathlons and a century ride during June. Given my busy Fall/Spring coaching schedule and successful June racing, my plan to stay motivated, as well as my approach to training, have been paying dividends.

Swim: I raced the Boulder Sunrise Olympic Distance race for the first time on June 4th. I swam an unusually fast time for a 1.5 k; the swim course must have been short. On June 12, I made up for that short 1.5 k by swimming a long 1.2-mile course in Kansas as part of the half iron there. Two weeks after Kansas, I raced my normal 1.5 k at the Loveland Lake-to-Lake Triathlon. In all three races, I was first out of the water in my age group. That was a bit of a surprise, since I took five months off swimming and have been averaging about one swim a week for the past three months. That rest seems to be paying benefits, not only in my swim, but in my biking and running, as well.

Bike: I felt strong at each race. The three courses featured very different terrains, and were of varied distances, as well. The Boulder Sunrise course was somewhat rolling, with a lot of downhill. Kansas was a “bacon strip,” roller after roller, not much flat terrain, while Loveland was largely flat with three steeper hills. I rode the fastest bike split in my age group on all three courses. I’m happy to be getting stronger on the Orbea Ordu.

Run: I found myself leading all three races after the bike, and I was worried about hanging on to my lead during the run, particularly since I spent many races over the past two years walking due to injury. I spent the winter doing core/functional strength training and injury prevention, including the incorporation of some things I learned at MovementU. In the Boulder Sunrise I finished a solid 10k, and finished first overall. In Kansas, I ran my fastest-ever half marathon and won my age group, finishing as the fifth amateur and earning a slot to the Las Vegas 70.3 Worlds. In Loveland I ran 90 seconds faster than I did in Boulder, winning my age group and finishing third overall.

I had a busy and successful June, especially for me. It is clear to me that my training and (PowerBar nutrition plan, Nathan Hydration, Timex ProTrainer, Newton Shoes) are working, and setting me up well to peak for IM Lake Placid July 24th. My focus this year is on Lake Placid (now Worlds in Vegas), and I have also changed my nutrition plan during these preparation events. Instead of Power Gels, I am racing with Power Bites, and mixing my water bottles with Nathan Electrotype instead of the Gatorade I have used in the past.

Weekly Health, Fitness and Performance Advice for Endurance Athletes and Fitness Fanatics! Plus receive a 33% discount code to our training plans on training peaks and other sponsor deals! Enter your email below. 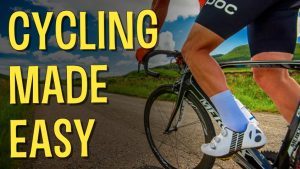